I can’t believe it’s the first day of September already. As I mentioned yesterday, I am determined to hang on to summer as long as I can. The weather here in New England is complying with my wish. It’s going to be in the mid- to high-80s all week, and pretty humid – so warm that when I head to Southern California on Thursday I may be heading into temperatures just slightly cooler than in Connecticut (although not by much!) I just whipped up a batch of my No Bake Peanut Butter Berry Bars because the oven is not coming on around here for a little while.

A bar with some strawberry ice cream to cool off

As I’ve done for the past several months, I’m taking today to recap what happened in August and to give you a preview of what’s going on for me in September. This month has been all about relaxing and adventuring after I took the New York Bar Exam at the end of July. I was home for a week, and then headed over to England for my pond hopping adventure, visiting my friends from Oxford, hiking in the Lake District, and spending time in London. Read all about it in the posts below 🙂

Part 2: Hiking and Eating in the Lake District

10 Tips For Running in London 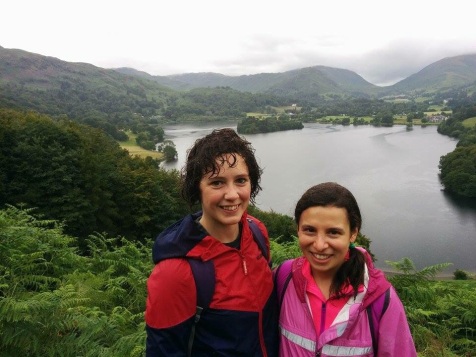 Hiking in the Lake District with my friend Elli

Gluten Free Tea at the Saatchi Gallery in Chelsea, London

At the Notting Hill Tube stop

Looking ahead to September, California here I come! I’m flying out from NYC to Los Angeles Thursday and hopping a shuttle to Anaheim, where I will be running a 10K Saturday and half marathon Sunday to complete the Dumbo Double Dare Challenge at Disneyland. My training hasn’t been steady. I ran 105.7 miles in August, just about the same as in July. Although I also hiked and walked a lot in England, I was not really in race prep mode. So I’m very excited to run for the fun of it with Ashley, my good friend from law school who lives in San Diego, and my cousin who is coming with me from the east coast. I will also get my Coast to Coast Challenge medal when I finish the races, because I ran the Walt Disney World Half Marathon in January. 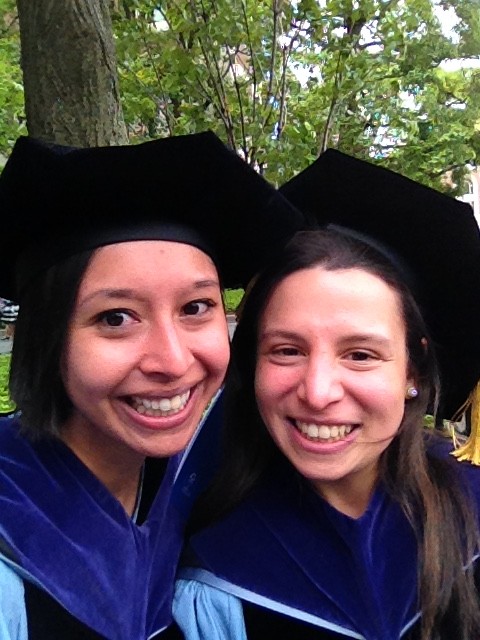 Ashley and I at graduation in May

I’ll be checking in from sunny southern California, so look out for my posts about the races, as well as the five days I’ll be spending in San Diego with Ashley afterwards. I’ve never been to southern California so I’m pumped for pretty much everything happening in the next two weeks!

What was the best thing that happened for you in August?

What are you looking forward to in September?

11 thoughts on “California Here I Come”